Hosted in the picturesque Piazza Santa Croce in Florence, the city centre is completely taken over by this incredible spectacle. Stands are erected and talk of the game dominates the city in the run-up to the match.

Participants from the four corners of the city dress in traditional costumes bearing the banners and colours of their quarter. In times gone by, this early form of football was organised so that rivals could air their grievances within the confines of the game. Needless to say, it used to be quite brutal though modern versions are somewhat less violent.

A post shared by Rossi Santa Maria Novella (@rossisantamarianovella) on Mar 21, 2018 at 5:15am PDT

The old square makes for an amazing location! The battle beneath the church makes it even more epic.

Ok, don’t worry you won’t end up on the pitch! The crowd surrounding the match make the atmosphere even more intense and memorable! 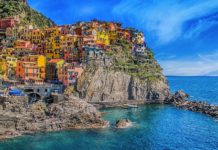 A Trip around Le Cinque Terre 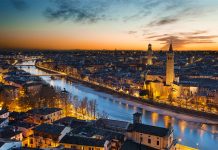 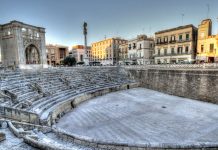 This summer visit the Florence of the South: Lecce!