China might be a bit homogenous in culture, but it is beyond diverse when it comes to the landmarks and sights you should see. When you’re going to China, do yourself a favor and try to plan on visiting several different cities to get a better taste of this incredible country. It’s not just the big cities like Beijing and Shanghai, which we’re listing because they are definitely worth seeing, but there are many others you may not have heard of that will give you the full experience of China. Isn’t that why you’re going to China anyway? Here are 8 of the most popular holiday destinations in China.

Let’s start with the country’s capital and get it out of the way because realistically if you’re going on a once-in-a-lifetime trip to China, you’ll want to see the revered landmarks here. It would be foolish to come all this way and not visit the Forbidden City or walk on the Great Wall. It’s a modern place with a plethora of skyscrapers and the ease and conveniences of a big city. Plus, the food in Beijing is worth the trip alone. Famed for roast duck, you shouldn’t miss out on tasting that while here.

True that it’s a big city like Beijing, Shanghai exudes a wholly different charm to it. It’s more refined and cosmopolitan, often feeling a bit like Manhattan in some turns with ancient bits poking out between the modern ones. If you love shopping, Shanghai is a must. This pricey place has beautiful sights to see like the Bund where a cruise along the Huangpu River is one of the best things you can do. Riding to the top of the skyscrapers on the famed horizon here is breathtaking, and getting a night view of it all is a must-do too. You won’t feel bored for a second here as you try your best to take it all in.

And now for a big city that most outsiders don’t know about. Unless you mention the famed Tsingtao Beer that comes from this place. Qingdao is a coastal city in the Shandong Province that offers gorgeous mountains that trail into the sea below and is often noted by Chinese people as one of the most beautiful cities in the entire country. Qingdao’s big draw is the yearly Beer Festival every August but seeing it any time of year will give you plenty to do. Don’t miss the Qingdao Beer Museum and make sure you try to get to some of the other landmarks like May Fourth Square in the bustling downtown area and Zhanqiao Pier.

If the fascinating ancient relics of China intrigue you, then Xi’an is a place that you must arrange to see. It is regarded as one of the capitals of ancient civilizations in the entire world with over 7,000 years of history. This is, after all, where the Terracotta Army lives. From the time of the Qin Dynasty which ruled from 221 to 207 BC, you can feel the ghosts of the past here. And while the Terracotta Army is the top reason people stop in to see Xi’an, don’t forget to see the Silk Road, which begins here and ends in the Mediterranean, or see the ancient City Wall and music fountain. Visiting here is a different ambience than Beijing which also has ancient relics as Xi’an has a different type of charm to it altogether.

China is certainly a country full of mind-blowing ancient things, but Chengdu touches upon the other thing most foreigners think of when they hear the word “China”: Pandas! Chengdu is considered the home of the giant pandas and seeing these adorable creatures up close is a must-do. The Chengdu Research Base of Giant Panda Breeding is one of the best places but for a little bit more, head to the Panda Base in Dujiangyan where you can actually hold a panda. True that you can see pandas at the zoos in Beijing and Shanghai, Chengdu is a place that gives you a very different taste of China, literally, with spicy Sichuan food.

Are you an adventurous traveler? Then Guilin is a place you must go. It’s very peaceful and features some of the most extraordinary scenery in all of China. Here in the southwest part of the country, you’re treated to lush green hills, clear water, caves and strange rock formations. The Li River provides adventure and spectacular scenery that looks like it came straight out of one of those tapestries you’ll see at every night market from Harbin to Guangzhou. Visiting here will give you an experience unlike any other in China.

Known also by the name of Canton, the third largest city in China is a great place to visit. Historical sites like the Ancestral Temple of the Chen Family melded with modern ones like the Canton Tower make it a great port of call to pass through. Taking a night cruise on the Pearl River is absolutely something you should not leave without doing here. Also the culture of the people in Guangzhou is very different from other cities in a wonderfully pleasant way. It’s not to say that the people in other cities of China aren’t without their charms, but foreigners often find this a remarkable trait here.

In the mood for romance? Hangzhou is the place to be. It features such resplendent natural beauty that even Marco Polo famously praised it as one of the most beautiful cities in the world. While that was certainly a long time ago, you’ll still find this top tourist destination of China to be full of impact. From West Lake and the Grand Canal to the tea fields, there really is so much to discover.

As beauty is in the eye of the beholder, keep in mind that there are many more cities to see in China that may be more up your alley. Dalian, Changsha, and Harbin are just a few more but much of it depends what your ideal vacation will entail. However no matter what you desire on your vacation, visiting China assures you that you can plan the perfect vacation from historic to adventurous and make amazing memories of this incredible country. 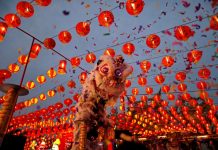 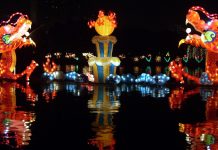 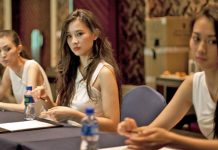