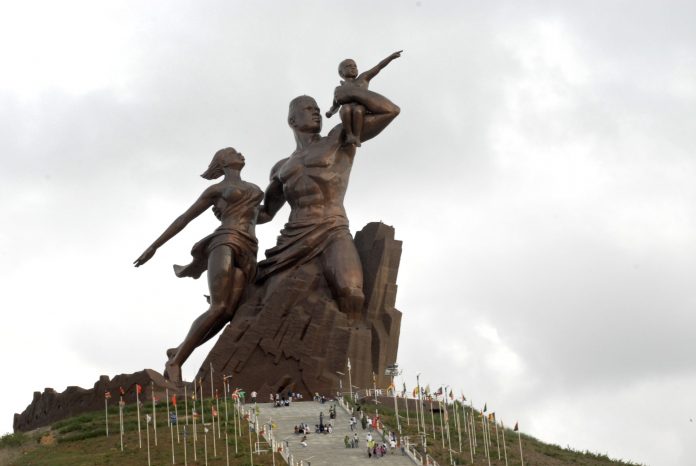 The giant figures were commissioned by the former President Abdoulaye Wade to show that Africa was ready to take its destiny in its own hands. While it has had its critics, the statue still stands tall and attracts a huge number of tourists each year.

‘Africa has arrived in the 21st Century’ declared the President at the statue’s unveiling. Wade hoped that by building the proud and resolute figures, he would showcase the potential of Senegal and the continent at large.

The statue was unveiled at Senegal’s celebration of 50 years of independence from the French. A symbol of freedom and indomitable perseverance and survival; it is the tallest statue in Africa.

From below the statue, there is a great view over the sprawling city of Dakar, the capital of Senegal.