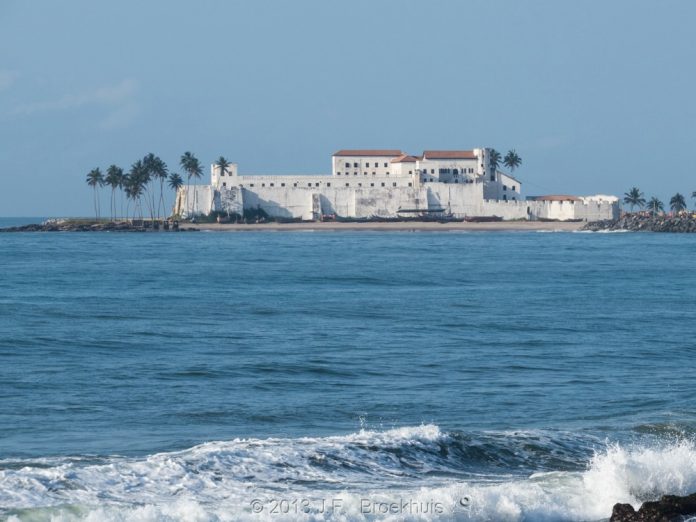 Formerly known as the Gold Coast, Ghana is an amazing country to visit with a rich history. Due to its natural resources and riches, the European powers unfortunately flocked to Ghana’s shores in an attempt to control trade and plunder their wealth. As well as extracting resources, they also took part in the slave trade and sent Africans captured in the interior overseas to the Caribbean and America.

The fort projected power along the coast though in reality Europeans only really knew what was happening a couple of miles inland. Strategically located on the Gulf of Guinea, the Portuguese, Dutch and British all controlled it at varies times.

Originally built to control trade, in later centuries slaves were kept in the fort before being sent overseas never to return.

Fishing now forms the basis of the economy

Now the main livelihood of many Ghanaians living in Elmina, hundreds of boats take to the ocean each and every day. Watching them return as the sunsets is beautiful as the port bustles with life and the cries of the fishermen.