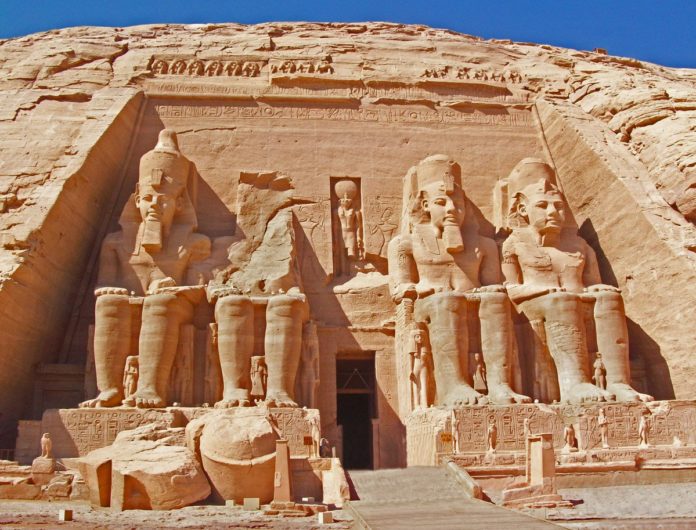 One of the most popular tourist destinations in the world, Egypt is renowned for its ancient civilisation that once flourished along the banks of the Nile and its towering pyramids have captured the public imagination since the days of the Romans. Let’s take a look at some of its most amazing sights!

The Great Pyramid of Giza

Famous the world round, the Great Pyramid of Giza is one of the Seven Wonders of the Ancient World and the mind boggles at the sheer size and scale of it. Over two million blocks of stone were used in its construction and it was once used as a gigantic tomb for one of the country’s pharaohs. In the foreground you can see the Sphinx – another of Egypt’s iconic sights.

With its ginormous temples, ancient royal tombs and amazing scenery; Luxor is a must-visit site when in Egypt. There is absolutely loads to see here and the former capital of Egypt once went by the name of Thebes.

A post shared by World TravelBloggers Community (@travelbloggeres) on Feb 5, 2019 at 12:28am PST

The Valley of the Kings

One of the most amazing archaeological sites in the world, the Valley of the Kings lies right next to Luxor and is where many of the old Pharaohs were buried. Visiting the tombs is an awe-inspiring experience and you’ll feel the hairs rise on the back of your neck as you step into their cool interior and gaze upon the ancient hieroglyphics.

The National Museum of Egyptian Civilization

Well, okay you got us! Maybe the Pharaohs didn’t actually visit this incredible museum but they certainly are responsible for the vast majority of the spectacular works that can be found within it. Beautiful statues, carvings and mummies litter every available floor space in the museum and history lovers will be astounded at all of its amazing treasures.